THANK YOU FOR ATTENDING SUSTAINABILITY IN PACKAGING LATIN AMERICA 2022

Smithers was pleased to present, Sustainability in Packaging Latin America, as we headed to an in-person event taking place August 16 - 18, 2022 in Mexico City!

This flagship packaging event regularly brings together representatives from across the entire packaging value chain, including brand owners, retailers, packaging converters, manufacturers, suppliers, recyclers, and more, to facilitate industry collaboration, support the sharing of ideas, explore innovative solutions, and deliver upon the collective promise of increased sustainability within the packaging industry.

Following a successful event held in 2022, we look forward to seeing everyone next year, as we continue to explore recent innovations and uncover new opportunities that are helping to make sustainable packaging a commercial reality.

https://www.metsaboard.com/Pages/default.aspx
Metsä Board is a leading European producer of premium fresh fiber paperboards. We focus on lightweight and high-quality folding boxboards, food service boards and white kraftliners. The pure fresh fibers we use in our products are a renewable resource, with orgins traceable to sustainably managed northern forests.  However, Metsä Board also offers a 360 service program to meet our customers packaging development goals.
The service program can help maximize product performance, increase converting efficiency and minimize costs by matching the right materials to the customer’s needs through improved functionality, recyclability and brand impact, reducing the environmental impact of packaging and helping to improve the customer’s supply chain performance. 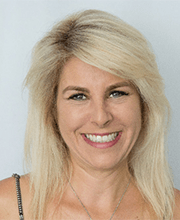 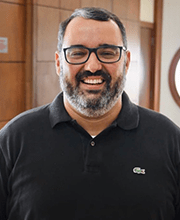 For 21 years, she has been developing cutting-edge packaging, helping
leading brands overcome significant challenges in implementing innovations.
Well-experienced in project management, bringing the balanced combination of business opportunities and technical possibilities.
At Unilever, she had the exclusive opportunity to launch new shapes and varied materials throughout Latin America with Regional, Local and Global scope with the brands: Seda, Rexona, Close-up, Dove; OMO, Lux, Knorr, Arisco and Hellmann's.
Currently, she strongly works in environmental causes, connected to the purpose of business growth, bringing reduction of the environmental impact that also contributes positively to the social sphere.
Responsible for leading the first project to implement Post Consumption Resin in cosmetic bottles in Brazil on a large scale.

Dr. Nikola Juhasz is the Global Technical Director for Sustainability at Sun Chemical, where she engages with internal and external stakeholders to formulate sustainability-driven technical strategies, and oversees implementation of the corresponding innovation and product development programs across all of Sun’s pigments, inks, coatings and adhesives product lines and technology platforms. She represents Sun Chemical at global cross-industry organizations focused on sustainability and the future of packaging, and is responsible to driving collaborations towards circularity and end of life management.

Prior to joining Sun Chemical in 2016, Dr. Juhasz spent over 20 years in various positions of R&D leadership in the diversified chemicals, polymers and materials industries. She holds a Ph.D. in Chemical Engineering from the Massachusetts Institute of Technology.

Session I: The Future of Recycling and Chemical Recycling

Session I: Commercialized Successes of Sustainability

Session II: Regulations Across the Region

Session V: Sustainability in Action – Products that are Commercially Sustainable

Session VIII: The Importance of a Circular Economy 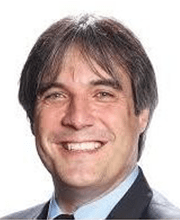 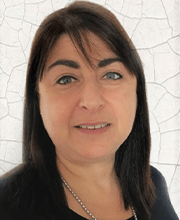 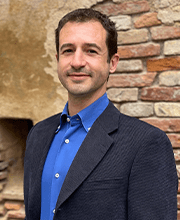 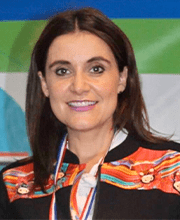 Martin has an EMBA and an MSc in Technology and Entrepreneurship. Before joining Tembo, he co-founded two companies in Argentina in the food and beverage industry.
Martin’s love of business development drew him to his role at ITM, where he has been Area Sales Manager for Latin America. And he took the same passion to his role at Tembo Paper.
Tembo Paper is part of Tembo Group, a global, family-owned group of companies that use technology and innovation to create sustainable manufacturing solutions in the fast-moving consumer goods market.
At Tembo Paper, Martin works with a talented team who help global brands be the first to launch next generation products by combining world-class product and machine development. This unique approach means clients and partners can make a smooth transition from plastic straws to high-quality, food-safety-compliant, and environmentally-friendly paper straws.
Tembo Paper’s unique paper straw technology enables high-volume paper straw production. By working only with the best suppliers and materials, and by minimising waste, Tembo Paper ensures optimal quality while keeping the environmental footprint low.

A mechanical engineer with more than 30 years of experience working with multinational companies in the packaging space, Joaquim Ventura Rodrigues is a packaging sales development manager for Latin America with Electronics For Imaging.
He joined EFI in 2021 from Miraclon (formerly Kodak Packaging), where he served as President of Miraclon’s Mexico operations. Prior to then, Ventura spent 9 years in several sales and management roles with Kodak Mexico. His work building sales operations helped make Latin America one of Kodak’s top three regions for packaging and, in 2017, he was named Kodak’s Latin America Packaging Sales Director. Before Kodak, Ventura worked for 14 years in packaging business management and sales roles with Dupont in Mexico. He began his packaging career with Smurfit Carton de Venezuela, where he worked as a Plant Manager.
Ventura is a Six Sigma Green Belt, and is based in Mexico City. He has a bachelor’s degree in Mechanical Engineering from Simón Bolívar University in Caracas, Venezuela, and an MBA in Managerial Engineering from Universidad Metropolitana in Caracas.

Viviana Sayegh is a chemist, and has worked at Sun Chemical in Argentina since 1994. Viviana started working in the lab, doing raw materials quality control, and in 1996, completed a master in Safety, Health & Environment. In 2000, Viviana had the responsibility of the Technical Area locally, and in 2013, became Technical Director for Latin America, with influence from Mexico to Argentina. Viviana's focus is to build strong teams across the region and support new initiatives with sustainable purposes based on the 5R approach defined by Sun Chemical
These 5R (Reuse, Renew, Recycle, Redesign & Reduce) are our pillars to define our current portfolio. Her mission is to present & introduce this range of products in our customers.

Carlos graduated with a degree in Chemical Engineering from the Universidad Iberoamericana in Mexico City. He worked in industry before moving to the United Kingdom, to do his Ph.D at the University of Cambridge. During his doctoral research and subsequently as a Post-Doctoral Research Associate, he developed the basis of the Enval process to recycle plastic aluminium laminate pouches, sachets, tubes, etc.

As a result, Carlos founded Enval where he is CEO. The Company now has a commercial plant recycling laminates in the UK and is in the process of installing further units in other locations. Enval has also started to develop recycling processes for other materials, creating a link between the packaging world and the waste handling sector.

Izarelly Rosillo is a lawyer and researcher of human rights and environmental law with a doctorate in law from the Autonomous University of Queretaro. In her career, she has contributed to over 20 local state laws and 3 international ones. She has also influenced many proposals and programs on environmental law. Izarelly wrote the first law in circular economy (to help regulate climate change, biodiversity loss, waste, and pollution) for the Mexican state of Quintana Roo and also for Dominican Republic. She has worked for various national and international authorities, including:

Izarelly and is currently a member of National System of Researchers of the National Council for Science and Technology in Mexico. She is the author of several books and articles published in national and international journals. Due to her focus on environmental law, she has also received the following prestigious awards.